The Tale of Kaska-Ta – Part 3: The Enlightened End

(*Note: This is a continuation of what can be described as a semi-fictional history.  The settings/terms/names/periods are changed but the story facts are true.  In order to get the entire story it is suggested you read the previous posts first.)

Weeks passed and things seemed to return to normal for Kaska-Ta. It was fall now and that brought arguably the best weather of the year in the south. To strengthen their bond with both the local tribes in the southern topics and their tribe leader The King of Trees, the Prince of Stories would make many trips lasting several days. Sometimes he took some of the elder students with him, others he went to train with his seniors. The only way to become a king was to continue learning from those who were kings or were further along than he was. So he often had to make the trip to the north in order to be sure he was learning and growing properly. As a result, older warriors such as Kaska-Ta, The Lady of Diamonds, The Lord of the Butterflies and The Roman would take turns leading the younger warriors in drills. Sometimes this went very well for all involved, but the absence of the prince was missed in many ways.

It was said that to become a king, you would be judged by the quality of your warriors, and most importantly the leaders among them who make future princes, princesses, generals, kings and queens. Most who were present at the time believe that this pressure, along with a declining economy among their tribe caused a great level of insecurity that was taking hold in the Prince of Stories. The leaders in the north did their best to reinforce him by also visiting often (especially since the Gull General had fathered a child with one of the women of the southern tribe.)

However, as time went on the insecurity in the Prince of Stories manifested in many ways. Some of the warriors, especially the prodigy Mockingbird, were coming very close to the Prince of Stories’ ability in combat. When they would spar in the circle as was the custom, it would start out beautiful and elegant as it should be, but the Prince of Stories would become frustrated when he could not clearly best his student (who was now, in actuality the student of the Gull General, and many others…) As a result he would change the tone of practice without warning and become overly-aggressive, ending the training with some sort of unexpected violence. Everyone could feel the mood of training drop, and as time went on, though he was not to the same level of ability that the Mockingbird was, he too was the subject of this aggression.

Rumors surfaced that the Prince of Stories was having personal issues with his wife. This was not the tribe’s business (though his wife also trained with them occasionally) except that many believed it was serving to increase the insecurity that was now blatantly obvious in their prince.   Some of the warriors had turned to the Gull General and the the King of Trees to speak to him about these things and find a solution, but whatever the meetings spoke of behind closed doors, they did not provide a solution. Kaska-Ta was becoming increasingly aware that the culture of Kappo Aera was not actually conducive to functional long-term relationships. During his time there he had seen some formed, but they all eventually fell apart. Indeed those that existed when somebody joined the tribe seemed destined to end. There were a couple of exceptions, including the Lord of the Butterflies and his would-be wife known as Dagger. But they were the exception and carried a different mentality than typical for the tribes of Kappo Aera. 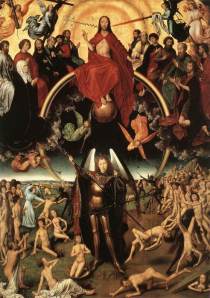 And then everything escalated. One day Kaska-Ta was approached by his friend, the Red Lady. She had been the same friend who had been uncomfortable months before when they had made the pilgrimage to Krawen. After much dancing around the subject, she confided in Kaska-Ta that she had been talking intimately with the Prince of Stories. Kaska-Ta was by no means foolish enough to believe this was one-sided, and easily connected the events of this and the Prince of Stories’ marital issues. There was a long discussion that ended simply with Kaska-Ta advising against it and warning her that there was absolutely no possibility that it could end well.

In the weeks that followed things simply spiraled more out of control. His marriage issues became pubic and the Prince of Stories became desperate. It leaked into every aspect of the tribe. The elder students began to unravel and were pulled away from the tribe by both personal and professional reasons. One night, Kaska-Ta helped the Prince of Stories to his temporary home away from his wife and children, and they talked for many hours under the moonlight about how abusive and angry she had become. All the while Kaska-Ta (unbeknownst to The Prince of Stories) was aware of his quickly diminishing involvement with the Red Lady. He had used many sweet words to woo her, but he could not make a definite decision to leave his wife. The desperation and the situation were quickly causing her to reconsider her involvement. Regardless, Kaska-Ta didn’t care. Perhaps it was his experience in Krawen, or perhaps it was what he had seen from countless other elders and historical accounts, but the Prince of Stories was basically another book in that page. He was just a prince, a leader of a tribe, who had taken to a woman who trusted him as a teacher and betrayed both her and his wife.

Whether it was the work of the gods or simple circumstance, Kaska-Ta was seriously injured in a very simple training exercise a short while later. About this same time he was given an opportunity to study and work under a very different type of leader. He was called a Grandmaster, and he hailed from the lands far to the east. He did not leave the knights of Kappo Aera right away, but as the Prince of Stories became more and more desperate, the tribe fell into greater financial issues and many of the elder students whom Kaska-Ta had bonded with, were gone. While he was healing, Kaska-Ta could not train physically for a long time, and so he fell into visiting periodically, less and less frequently. His time was done… almost. 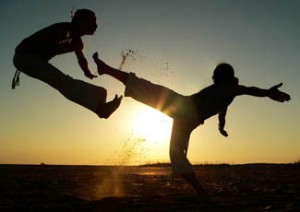 A few months later Kaska-Ta was able to spar again and was called to the ocean where the leaders from the north had gathered after the previous day’s ceremony (which he had missed because his new Grandmaster had needed him.) Because this event drew in those Kaska-Ta had bonded with over the years, Kaska-Ta decided to attend. At some point during the festivities a sparring circle was indeed formed, but Kaska-Ta was called out. They performed the rite of initiation that meant Kaska-Ta would receive a new rank. One by one each leader and master came into the circle to battle with an exhausted and rusty Kaska-Ta, and when all was said and done, he was publicly given a new rank, one that meant he was only one rank away from becoming a lieutenant, a true leader among the tribes.

But Kaska-Ta knew he did not deserve this new rank. He thought to himself that he might work hard to earn it, but he knew the truth. The tribe needed to expand in order to save itself from its economic issues. He, and many of the other elder warriors were being recognized in order to promote them to be leaders in hopes they would stay and draw in more people to the tribe. The King of Trees knew the situation was desperate. Later down the road, when the Prince of Stories was given the rank of General despite losing so many of his loyal warriors, Kaska-Ta was genuinely upset, but he was already gone.

That day at the ocean was the final day Kaska-Ta officially spent with the tribe. Though he would visit from time to time, he had a new journey and a new Grandmaster to attend. He kept in touch with many of the elder warriors that he had spent so many days with so long ago, but the more time went on the further away he drifted until he’d been gone longer than he was there. The integrity of the new, strict, eastern Grandmaster, and the Master underneath him reassured Kaska-Ta that this was not soley a warrior’s culture, but one that is perpetuated by specific cultures of specific people, many of whom were attracted to the history and ideals behind Kappo Aera. It was about freedom, and expression and far more sensual than other warrior clans, but unfortunately many twisted that to their own desires, and often to the detriment of the females involved. 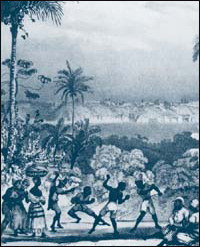 The longer he was away, the clearer this was to Kaska-Ta. Even as some of his old friends asked him back, and the King of Trees himself migrated to the tropics and asked Kaska-Ta to return, he could not. He knew how the leaders of the tribe saw him, and perhaps a part of him wasn’t able to let that go, but he also believed he shouldn’t have to. There we some with a similar mindset in Grandmaster’s Tribe, but they were not typical, and were not encouraged to be as they were in the shadows. They would cause Kaska-Ta some level of conflict in the days that followed, but none had any power over him as the leaders of Kappo Aera had.

Years later the eventual conclusion Kaska-Ta reached is that neither philosophy was right. One used the concept of freedom to excuse that which should not be excused, the other was so strict it sought to strip away many things that made people individuals. Kaska-Ta, after many years and many stories with the Grandmaster’s tribe, would again become a wanderer. But he was not exiled, he was finding his own way. And that, is an entirely different story.