Everyday I see you.  On Social media, passing by while I eat lunch and even interacting with me on various levels.  Everyday I see a new reminder of somebody that feels like they are missing something, somebody, anything to fill that hole they feel.  They feel trapped, restrained or empty.  I get it, because I feel it too sometimes.  But what makes me sad is that you’re wandering, searching, and you don’t have the slightest idea for what.  You grasp at straws over and over thinking “Maybe this will fix it!”  “Maybe this will make me feel better!”  Sometimes it does.  But it’s usually only temporary.

When I read, see, hear or otherwise encounter you… it’s one of the few times I wish that I could say “I’m sorry.”  I’m arrogant enough to think I know what you need, and I believe that if in some cases you knew me, and trusted me… or in other cases I was willing to compromise myself, I could give it to you.  But in those cases you do not, and in other cases I cannot.

I am fortunate that the universe moves me along the path to intervene in the lives of those where it sees fit.  It is, in fact, an honor to have a lasting effect on any individual’s life.  But when I see so many others suffering, not because they deserve it, but because they believe they do… it makes me angry.  I don’t want to talk down to those people.  I, too, have a darkness and emptiness I wrestle with regularly,  so it’s not pity I feel… it’s kindrid.. and it’s resentment toward the hard lessons people have to sometimes spend their whole lives learning.  It’s not fair.

Ahhh.. but as I said, I am arrogant.  To speak as if there isn’t a reason.  I believe there is, a greater reason to a greater system.  But that doesn’t mean that now, in this moment they deserve to feel like this.  These are good people who only hurt themselves (not literally.. most of the time) and harm nobody.  They have good hearts, better than mine, and yet are subjected to harsh lessons and robbed of their ability to flourish.  Now, perhaps it will make them stronger and they will flourish even more down the road. I like that hope… I like to think everyone gets theirs in the end…In this life. 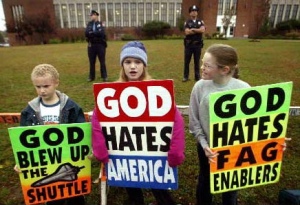 This isn’t them, it’s the fear and hate of the ones before them, but they may never escape it.

But they don’t.  That’s the reality of this world.  In order to get what you deserve in this world, you must first believe you deserve it.  But often those closest to you rob you of that belief, that hope, from day one.  This too makes me angry.  Society is broken, humanity is broken.  From generation to generation scars are passed down often in the forms of blessings.  Repression, restraint, control, greed, helplessness, wrong.. “you’re wrong because…” This is what assaults you from the womb, from day one, and often from those you’re supposed to trust the most.  Their wounds bleed on to you and you suffer their sins as they suffered the sins of those before them because from the beginning you’ve always be taught that if you don’t do what they think is right, whatever they’ve been programmed to think is right… then you’re wrong.

THAT is where that hole comes from.  THAT is where the emptiness begins.  The ego is chipped away and insecurity wreaks havoc on your soul.  This damage keeps you from feeling complete because you can’t be complete if you don’t feel right being you.  It doesn’t go away either.  It resurfaces over and over again and if you can’t fight, it consumes you.  Sometimes the people who helped put it there tell you that they know what you need to fix it.  But you don’t need to be fixed.  You’re not actually broken, you’re just afraid of who you are, so you can’t be who you are.

I believe in love.  I believe in people that belong together and compliment each other’s lives perhaps even into the next life.  But I don’t ever believe that a relationship is two halves.  It’s two wholes.  And the best way to find your other whole is to do your best to make yourself as whole as possible.  But you’re really, really afraid of that.  In fact, you may not even realize it’s what you

need.  But I promise you, no matter where you come from, what your beliefs are, or what your heritage is, the one thing you need more than anything or anyone in this world, is to be you.  And be the you that you were born to be, and be so fucking happy about who you are and what you represent that nothing anyone can say or do will convince you that you need to be anything but who you are.

Don’t ever let your family, friends, teachers, pastors, boyfriends, girlfriends, strangers or (for the love of god..) media tell you who you are or what you should be.  Don’t let ME tell you who you should be.  Nobody has to, because way deep down you already know.  And THAT is all you need to listen to.  That is the voice of you in the universe telling you that you’re perfect being you (flaws and all.)

I don’t care about a lot of things… or maybe on a different level I do.  But what makes me feel… what makes me sad, is when I see good hearted, talented, intelligent, amazing people restrained, self-loathing, depressed, repressed, hurt or otherwise abused because they’ve been infected by this thing we call society.  What’s supposed to help people by bringing them together now traps them in shallow lies, evil intentions and empty promises.  It makes them scared to be who they are, and makes them hate themselves because they don’t fit what only a small percentage of people in this world believe is ideal.  These people who could potentially save the world… the entire human race… are squandered because of false pride, rampant ego, and the fear and insecurity that has controlled those before them since nearly the beginning of civilization. 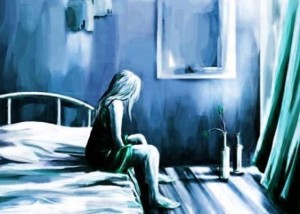 Most of us have been there.

I see it.  It makes me angry.  It makes me sad.  Even though I am privileged enough to know that in a very large picture, even suffering has it’s place, it’s reasons… it doesn’t mean that it’s fair.  The system is balanced, and it will balance itself and we are only a part of a much greater system.   But I see the individual lights.  I see you, there at night alone and afraid to face yourself.  But you have to face yourself, you have to fight all the wrong that been crammed in your head that tells you you’re anything but magnificent.  And I wish i could help you.  I wish I could help you all.  I wish I could help you be you.