It has been a busy holiday season and new year, but finally a chance to get back into routine, and that includes my blog!

One of my best friends was visiting from her new home in Japan this last week.  She’s  stayed with me a couple nights while also visiting her other friends and we’ve been catching up on the changes in the sixteen months or so since she left.  I was a little concerned, because sometimes when people travel abroad and start a new life in a difficult, unfamiliar place, it’s easy to come back and latch on to what’s familiar.  So we were on our way to a friend’s house and I asked her if she was feeling at home again (more or less baiting her for my underlying question: “are you not going to want to go back?”  Her immediate answer was: “No.  I don’t belong here.”  Wow.  In that moment I realized how much she’s grown even since she left. 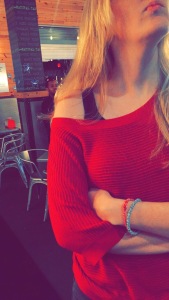 I should clarify that she’s one of my best friends because she’s always been wickedly intelligent, friendly and otherwise awesome as a person.  She took the time to get to know me better than anyone had in a very long time, and to this day reminds me when I’m repeating my cycles.  When she was accepted to the prestigious JET program, she had been scared and excited to leave everything she’d know.  But it was her dream to live in Japan someday and it won out over any fear she had.   When she arrived, the first few months were tough, and on and off she struggled with homesickness and bouts of depression. But now, that moment in the car she spoke with such resolution that I knew she’d gotten past it all.  She made her home in Japan, and she knows, she feels that where she is now is where she belongs.

So the new year is upon us, and though the dates and turning of the year are very often in the minds of those who recognize it, there’s something to be said about powerful tradition and the influence of so many minds on the same wavelength.  Our cycles are reflections of our minds, so it’s silly to think we have no influence over them.  We break and remake them as we learn and grow.  The predominant theme of a new year is (of course) new things, new lives, even a new you.  But while everyone wishes for “new”, many are hesitant to wish for the same thing: “change”.  New does not happen without change.  Even if you’re only adding to your existing life, it will inevitably change it.  People fear the idea of “change” because they are afraid to lose what they have and what they are comfortable with, but it’s all about your attitude.  Embrace change and the excitement and experience that come with it are your rewards.  What you should retain will stay with you in some form anyway, the only things you will truly lose are the things that are probably holding you back now anyway.

In a sense, my friend gave up her whole life here to travel to a new place and begin again.  But now she visited over a year later, and she has actually lost nothing.  She came back to friends, family and even pets and could easily have stepped back into her old life as if she’d never left.  However, many people (including myself) noticed she was different.  She has evolved, and further,  instead of sinking into routine, she felt far away from home among us.  It sounds bad, but in essence it means she has embraced her new self and her new life.  It means she has grown.  Some people embark on journeys or make resolutions to change, but many (probably the majority) end up sinking back to what is comfortable.  This involves locations, relationships and professions.  Comfort is easy, and that’s not always a bad thing, but if we rely on comfort too long and do not push our boundaries, we become stagnant and that gives rise to many major issues from boredom to depression.  In order to be fulfilled, we have to feel as if we are growing and/or working toward something.

That’s why finding where you belong can be so difficult; often it’s not a specific place, it’s a situation… it’s a state of mind.  You belong where you can learn, and grow and be made to feel valued for your contributions.  In a comfortable situation, you are taken for granted as much as you take things for granted, but continuing to develop yourself and your situations prevents this on both sides.  That’s not to say that everyone has to uproot and move thousands of miles to find where they belong, sometimes it’s simply a new living or work situation.  But the point is, as hard as it is to to tell when you are there, If you’re honest with yourself, it’s easy to tell when you’re not there.  You feel it when you don’t belong in a situation.  Listen to that, and have the courage to make the change.  I’ve been guilty of clinging to things I was afraid to lose and delaying change in the past, but it turns out that when you embrace change and grow with it, you don’t lose nearly as much as you think.  Especially those who you are important to will make the effort to follow you on some level and reunite with you when possible.  If others fall to the wayside, they have other priorities and probably would have eventually anyway.

That’s the thing about change, be it a new year, a new place, a new relationship or a new profession:  It’s going to happen whether you like it or not.  So, embrace it, direct it and make the most of it with a great attitude. Grow, Change, Love and find where you belong.