The alarm shot through my instantly-forgotten dream like a blazing torch of sound; shattering my warm, comfortable darkness to reveal the last bit of daylight fading into evening outside.  Last I knew it had been mid-afternoon as the storms outside had gently drawn me off to dreamland.  My bed is entirely too comfortable,  and it was not necessarily time to wake up, but it was time to break my fast and I had learned a week prior that extending the fast beyond the long, sixteen-hour summer days was a very bad idea. 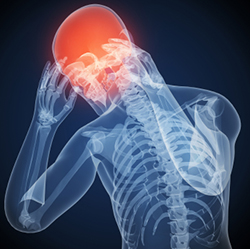 Migraines apparently also make you into a telepathic skeleton.

After returning from MAU, I had passed out without resetting my alarms and had woken up at 11AM the following day.  The issue was, I hadn’t eaten anything since the airport in Atlanta the previous evening and had only had coffee and ginger ale to drink on the flight home.  So now, a little over twelve hours after my last calorie of any sort, I had roughly ten more hours to go.  In situations like this, it might be considered appropriate to break your fast.  I had just come back from traveling and I realize now that fasting for so long could actually harm me.  But at the time I didn’t know that, and I’m nothing if not stubborn, so I pressed on through the day and felt relatively good… until around hour 19.  After that my condition had rapidly declined into near-uselessness: basically zero energy, fighting nausea despite a very empty stomach and the feeling that a white-hot metal rod was being driven into my brain from the back of my head (I was really worried this was going to trigger a migraine as it was a similar feeling, but fortunately it subsided.)  Thankfully all it took was proper hydration / nourishment and a nap to get me feeling right again, but the experience taught me that after twenty-four hours or so without food and water (especially), I would be basically useless.  It also taught me the importance of my regiment – even if I wasn’t hungry or meant to sleep through breakfast (around five AM during Ramadan), waking up to drink a couple glasses of water before returning to bed was a minimum requirement.

So the other day I had awoken to my “water” alarm and for a few moments after drinking it, I considered staying awake and getting a jump-start on my driving for the evening.  I’ve found myself wasting more and more time on distractions recently before heading out to drive.  It’s silly too, because I actually enjoy myself the majority of the time I spend driving.  On a few recent days it’s taken a bad mood and improved it.  But getting to the point I’m ready to drive I’ve been so, so lazy. It’s easy to blame Ramadan and the extended effects of fasting, but I honestly feel like that’s a weak cop-out in my case.  Mind you this isn’t anything too new, I’ve always been relatively lazy by nature, especially when I’m overly comfortable.  But right now I shouldn’t be.  Needless to say, that day I went back to bed until my second alarm sounded a couple hours later.

My extended time out of a “real” job combined with my laziness has taken it’s toll on my plans.  Yes, I’ve got the freedom I wanted in spades, but as is always the case when things are out of balance, the price I pay is heavy.  My goals this year were to: 1. Sleep seven and a half hours of sleep per night more often than not.  2. Save enough money to visit my best friend in Japan.  And, 3. Save enough money to purchase a pro-level full-frame camera as to further my photography.  In all three, a little over half-way through the year, I have failed. 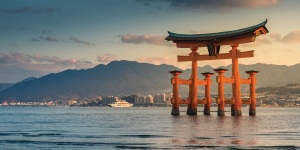 Delayed, but not forgotten!

In fairness I had the savings for Japan ready for the right ticket, and had I purchased it and kept on as I was, It’s highly possible I could’ve worked out the camera before the end of the year.  But then I was put in a position to make a decision about my future and how I wanted to live my life, so I made the only choice I thought I could, and it cost me those goals.  For now.  Uber is paying the bills but I’ve been too relaxed about my diligence and thus my savings have been slowly dwindling to nothing.  Now, my efforts with Uber must be more focused if I am to maintain my life at it’s current level, meanwhile my job search should intensify so I can get myself back to the income I am used to and begin working on my goals and plans.

So the solution boils down to a word that has an undeservingly negative context: Discipline.  More specifically, self discipline.  Since we were children we’re taught to dislike this concept; discipline is what happens to you when you do something bad.  But that’s not actually what the concept is.  Discipline is an investment you are making now so that you can continue to develop and accomplish things through proper actions.  It is this accomplishment that ultimately makes us happy, wether it be professional, personal, mental or even sexual, when you feel like you’ve done something, and done it well you are naturally a happier person.  It is this very concept that allows people to maintain their balance properly and be both happy and productive (so long as you balance it out with appropriate rest.)   When you’re naturally inclined to be lazy like me, self-discipline is what keeps you from swinging too far to the rest side, thus diminishing your accomplishments as I have more recently. 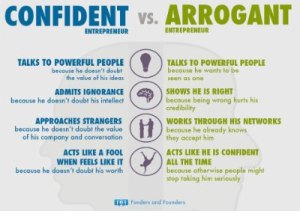 “A healthy ego is nothing but a sense of self-worth and identity.”

A lack of accomplishment has a major effect on your ego, and if not corrected can send you into a downward spiral of even less accomplishment and more negativity.  I’ve noticed for instance that I haven’t been nearly as social or proactive in any sort of dating recently because somewhere deep down I don’t feel like I have the means to properly “court” somebody – this is a direct result of a lack of accomplishment affecting my ego.  The answer, of course, is to be more self-disciplined, therefore increasing my productivity, reinforcing my (healthy) ego and ultimately giving me more access to the resources that allow me to operate how I’d like to.

It’s fine line, balancing this freedom to do what I want, when I want, with the structure I require to keep myself productive.  Since I’ve been paying attention to my own issues, I’ve already begun to make changes in my schedule and mentality – allowing more time for Uber at high volume times and pushing myself when I know I’m distracting myself or being overly lazy.  I’ve already began to see improvement as well and with Ramadan ending this week, whatever excuse I feel I might have will be gone.  My freedom allows me to customize my schedule, and that should make me more productive but that requires that I reprogram some of my lazier, more wasteful habits.  That’s much easier said than done, but if I can pull it off, I can probably at least still accomplish the seven and half hours of sleep goal while keeping the rest of the balance in check.
Stay tuned!