Almost nine years now I’ve been single. This has not been due to lack of interest by outside parties, just not the proper alignment. As I’ve said previously I am fortunate to know some absolutely amazing and incredible people. Just not the right person for what it must be. You see, for all my lack of emotion and self-centeredness, I still believe in some level of magic.   I’ve elaborated in the past about “it” and the magic that was, but I want to share about the magic that can be, that will be. Because if it doesn’t, it may not happen at all (which would… complicate things considering my eventual desire for children.)

It is said that when you are dying your whole life flashes before your eyes. You become distant and the world around you happens in slow motion as your brain processes (possibly for the last time) the events that led you to this point and made up your life. Depending on who you ask or what you believe, this is simply your brain going into emergency mode and firing on every channel it can in a panic before it shuts down forever. Others will say it’s a much more pleasant experience, that you’re recapping your life and experiences to this point before moving on to the next inevitable and unstoppable phase of your existence. To me, love is a little bit like the latter. 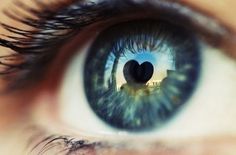 I believe that when you find the right person, the one who aligns with you in the right ways in both perfection and imperfection and is as drawn to you as you are to them, a moment will happen (perhaps many, but at least the first, pivotal one.) This moment will feel a lot like the second explanation of the moments before death above: Everything that was your life up to that point will converge into a singular moment and purpose, and from that singularity something new will be born, like a Phoenix burning to ashes and arising new… reborn.

It could be a small gesture, even a shared look, or it could be a dramatic and well orchestrated event, but that moment will come when you know that it’s time, and that you’ve found what you have both been looking for. You’ll know that everything leading up to this moment has passed, and something new is beginning, something that is powerful, hopeful and made up of the best of two individuals. Something that includes all that led them to this point: friends, family and experiences and uses that foundation to become something even greater, something that shatters limits and boundaries, something infinite. I believe that is power of love and that is the feeling that comes from it and fills the two souls that partake of it. Most importantly, I believe it exists.

This is, perhaps, the least pragmatic and realistic of my beliefs, but I know it exists simply because I can comprehend it… I can actually feel it as I imagine the possible scenarios in the future with the one whom I will share such things. To be sure, this person does not yet have a face, and the circumstances would vary greatly depending on their life and experiences that led them to this point, but all those details will simply feed into the next step. 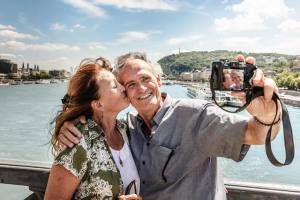 It is this love, this power, that I believe fuels those who pull off the true long-term relationships. I speak of the adorable people that have grown old together over fifty years and celebrate their anniversaries as if no time has passed at all. I speak of the families that are tested, encountering great hardships and pulling together to come out stronger in the end. I speak of the undying, unyielding light that outshines the great darkness this world and it’s people can bring to bear. I speak of perfection and light born from not from desperation, compromise, impatience or mistakes… I speak of something right, that is the product of two imperfect beings that have found something perfect for them both through their bond. It is never the absence of doubt, fear or despair, but the strength to conquer them. All of those things and more are love and it’s power.

Additionally, I know and believe that “love” comes in many forms among many people. I would wager to say that just as there are many shades of any color, love also occurs in a spectrum that is infinitely larger than that. It is not for me (or anyone) to say what you love or that your love is true or not. It is not for me (or anyone) to say that any love is right or wrong, real or not. I speak of a specific love, one that I am familiar with and believe in. But I will never tell somebody that they are not in love with their life, their pets, their religion or even their money. Perhaps I could argue that love of some things has much more obvious drawbacks than others, but that is a discussion for another post, another time, and to be honest I’m not certain that at it’s core I could effectively argue with any real love, no matter how I perceived it.

More realistically speaking, I also know that such love can exist and then, over time perhaps, diminish. I don’t think it is destroyed, but I would say it is possible for it to become buried under the many things in this life that can get in the way of it. When this happens it does not mean that it never existed, or even that it ceased to exist now, but whether or not it can be dug up and saved is solely at the discretion of those experiencing it. It’s easy to take the stance of “It wasn’t real if it doesn’t last.” But I don’t think that’s true, it’s more likely that it’s simply locked away, or that it has changed into something else. I suppose my point is, though I spoke ideally above in an enduring and everlasting love, I am also hesitant to discount love (including my own) that has reached those heights and, for better or worse, changed into something else. Perhaps due to timing, circumstances or one or both of those involved not being ready, just because it would ideally last forever, doesn’t mean it has to. It also doesn’t mean it was any less real.

But in the meantime, as with most things in this life, I think we need to shoot for the ideal, to believe in it. I don’t think there is any less ideal or less powerful concept than the belief in love and all that comes with it. I know it exists, I know it is out there somewhere and even if it takes another decade or more to find it, when that moment comes, I know it will be worth it.