You probably already know I don’t subscribe to any specific theology, but I will be the first to tell you that world and the universe are alive and connected to you (along with everyone else.)  I don’t see karma as the divine reward/retribution that many portray it as because it’s very black and white (and this is, after all, the grey area.)  But what I do see is that in this world, you get what you pay for.  Not just with money, with action (or lack thereof) and even your way of being. 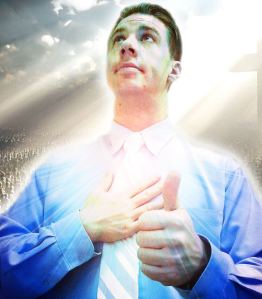 For example, I have hinted in the past that I have been pretty successful sexually (no seriously, you wouldn’t believe some of it…)  The ladies I involve myself with are quality individuals who are smart, strong and beautiful in their own ways.  Of course like anything it ebbs and flows.  In my arrogance of comparing myself to a central celestial body, I liken my lovers to planets on varying sorts of orbits: very few pass daily or weekly, and then others once a month or two, 6 months, a year and sometimes even years.  But the key to my success is that I carry some sort of long-term relationship with each of these people.  The currency is patience and respect.  It is a mistake to discount anyone as not worth your time based on their current situation in life because the one constant in this world is change.  While that can be a scary thought to those you treasure now, the bright side to that concept is that new, and even those estranged may be brought back into your life.  It is in this manner that a woman I was drawn to over a decade ago might find her way to my affections in the present.   You can often have what you want if you’re willing to wait for it… NICELY.

Let me reinforce too that when I mentioned respect above, it was not a small part of the equation.  Most that know me, know that I’m much like Adam Levine and his fantastic quote (from my Misogyny post):“Maybe the reason I was promiscuous, and wanted to sleep with a lot of them, is that I love them so much.”  While in most cases I’m very hesitant to use the word “love”, I am not afraid to say that I respect and admire women completely.  In fact, I often state that they are much smarter than the majority of men whom I openly dislike for a number of reasons.  There are exceptions on both sides of course, but as far as I’m concerned, women are pretty much the best thing in the world.  The great thing is, they know when you regard them in this manner.  Some part of them unconsciously understands when you actually respect them as powerful, equal (or better!) individuals.  This automatically makes them feel comfortable and familiar with you.  At that point, if they feel the same physical attraction that you do, it’s only a matter of time (and respect.) 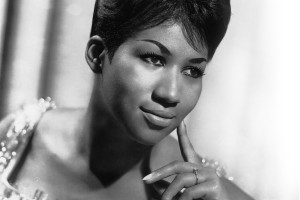 Let’s talk a little more about what respect means.  Because even if you don’t like the guy she’s with now, SHE has her reasons.  Perhaps it’s love, perhaps it’s security, sometimes it’s purely a situation that arose from a mistake.  But regardless of the circumstance, you must respect them.  You do not have the right to interfere with her life, make waves in her relationship, or cause awkwardness for her or her friends.  If you truly want to show respect, even if you don’t understand what she could possibly see in that guy, you will respect her situation and maintain your relationship on a level that she is comfortable with (like the weird concept called “friends”.)  This also means cheerfully accepting that some people have something truly amazing and rare, and that you will in fact never have them (to this day these make up some of my best friends, they and their good men both.)

The major thing that will bring all of this crashing down around you (and many relationships really) is being possessive and/or jealous.  For the most part I am not a possessive person, I value and am grateful for the honors I am given in terms of the women who share themselves with me (physically/mentally/emotionally.)  But just as you move on with your life, they do as well, and it’s none of your business what they do with the life they choose not to share with you.  There are exceptions, when they choose to involve you in another’s jealousy, or attempt to put you at risk through poor decisions, but that’s the point hen you draw the line (respectfully) and simply be a friend.

Further, you must be careful not to fall into the trap of introducing negativity through jealousy.  I am not completely immune to this, I admit that I have (on a couple of occasions) in the past fallen victim to this trap, but for the most part I’ve got a good handle on it.  You have to because introducing that sort of negativity into a relationship is poison, and will usually get you exactly the opposite of what you want.  Possessiveness and jealousy are concepts that reduce a woman to an object in order to be owned.  THAT sort of thinking is what will destroy any type of positive relationship; It is a complete lack of respect for her as a woman and as a person.  Ideally, you will earn her time, affection, adoration and even love by showing her the same.  It’s a price you should be excited to pay if you’re doing it right.

It’s easy to draw the conclusion based on my recent past and the things I write that I am anti-relationship, but this is not the truth.  I both want and respect real relationships.  It is also not my place to judge what is and is not a real relationship.  Monogamy is a pleasant and ideal situation for some (seems more and more rare these days) and I like to subscribe to the idea of meeting “the one”.   But for many it is not the only way, and I do not, by any means believe it is the only right way.  Many of the happiest and most functional couples and parents I know are in “non-traditional” relationships. (Silly term anyway considering historically, orgies and polygamy in various forms was commonplace.)  What makes a real  relationship in my world is love, trust, communication and respect.  Everything else is the business of those in the relationship and whomever they choose to share it with.