(*Note: This is what can be described as a semi-fictional history.  The settings/terms/names/periods are changed but the story facts are true.)

Long ago in tropical lands far in the south, there lived a warrior known as Kaska-Ta. Years before this story, he had been a lonely, exiled traveler going by a different name. But a group of knights had taken him in and given him a new name. The Knights of Kappo Aera taught him the ways of song and dance and war, and became his family.

Early on these knights lived under the rule of a mad king. This king was not evil, but arrogant and violent to some.   Thus, for this and perhaps some other reasons in the shadows, the Prince of Stories who led this particular band of knights separated himself from the kingdom, causing much divide and resulting in a feud that would be forgiven by many but never forgotten by all. 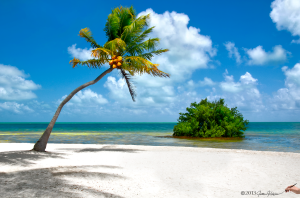 For a time these Knights of Kappo Aera remained autonomous, the Prince of Stories who now led them called upon some of the elder knights (including Kaska-Ta) to help him train the younger warriors properly. Overall their band was happy and Kaska-Ta enjoyed spending time with and helping his peers where he could. Often, when sparring with the Lady of Diamonds or the young prodigy known as Mockingbird, he could not help but smile. In those times there was synergy and peace, even in combat.

However, the Prince of Stories who now led newly separated tribe knew he was not yet prepared to be a king, and so over time his uncertainty grew until a general from a different tribe he had met in his travels invited him to meet his own king. This king was far departed from the prince’s previous king. Though a giant physically, he was calm and serene much like his name. This man was the King of the Trees. After much discussion an arrangement was struck in which the Prince’s tribe would join with that of King of Trees and his Gull General. Thus began the golden age for the knights of Kappo Aera who would now be recognized as warriors.

It was during this time that the Prince’s Tribe was the most active and many locals came to join the tribe of warriors in the tropical south. The King of Trees and his Gull General hailed from a much colder climate and so made the trip to visit the young warriors often. Kaska-Ta was happy, and enjoyed the company of his tribe both new and old. But as everything must, things would change. 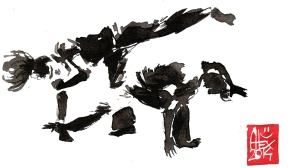 The traditions among all the tribes of Kappo Aera carried heavy tones of misogyny and disrespect for the female members of the tribes. Though the more progressive members of the tribes didn’t believe in such things, and it was often brought up only in humor, the fact remained that it was very real occurrence as evidenced by behaviors specifically at social gatherings. There was a saying that a true lord among the warriors of Kappo Aera would have a woman in every land that they traveled to. Combined with that was the Kappo Aera tradition of deception as a battle strategy. It was very often said that the sparring circle in which they trained battle was a reflection of their outside lives. As such, this deception made it’s way into many of the member’s actions. Thus was eventual bane of Kaska-Ta.

Kaska-Ta was well liked by the tribe, and especially so by many of the female members. He was kind, flirty, and humorous and made them feel at ease, especially when others were far more aggressive and overbearing than he was. Though not initially problematic, Kaska-Ta began to hear whispers from other warriors (both male and female) that some of the higher ranking warriors were displeased at the attention he was receiving. Of course, Kaska-Ta knew not all of these whispers could be entirely trusted either, but among the many there was some truth he could confirm himself. He resolved though, as long as he had his people, he would simply carry on.

The time came to make a pilgrimage to northern climates. It was the summer months so the weather was very agreeable. One of the great kings from the far off lands in which the tribes of Kappo Aera had originally descended would come and bless all the warriors under the King of Trees.   The prince and as many of his southern tribe as possible made the pilgrimage in order to strengthen their union with the warriors under the King of Trees.

The Gull General existed in a dangerous part of the northern lands known as Krawen, but offered up his palace to most of the travelers from the south. However, Kaska-Ta was given different arrangements and was sent to be hosted with one of the students and families who trained under the Gull General. Though this family was very accommodating, very friendly and he had excellent arrangements, Kaska-Ta did not like being separated from the rest of his tribe. One of the newer females in his tribe had become close to him (intimately for a short time, but that time had already passed) and sent messages that she was uncomfortable among all of the generals and princes. Kaska-Ta expressed his desire to re-join his tribe, and the next day was allowed to stay in the Gull General’s palace (later he would learn this was much to the dismay of the General.)

The ceremonies began and all seemed well. Kaska-Ta marveled at the amazing talents the guest Kings, Queens and other royalty exhibited both in music and in combat. His extended family of warriors from the northern tribes of the King of Trees were equally impressive. It was an overall a joyous occasion filled with much learning and positive energy, which was what Kaska-Ta had always loved about the Kappo Aera tribes. In the evening he and some of his tribe-mates new and old were taken to largest city on the continent to marvel at the many towers and castles filled with mystic lights and great paintings. The day had truly been great.

The next day was another ceremony for another local tribe who was allied with the King of Trees. This tribe’s leader was a great scholar of his art named Onaib. Though not yet a king, he was well on his way and was truly a professor of the art and beauty that was the culture of the Kappo Aera tribes. Kaska-Ta was familiar with this teacher from a previous ceremony in which he had traveled south and personally tested Kaska-Ta (among other young warriors of the southern tribe) in combat. He was good natured and skilled while sparring and greeted each student with a combination of vigor and gentleness. He sought to test, not to punish the younger students and Kaska-Ta respected him greatly for it.

Transportation to Professor Onaib’s event was arranged for Kaska-Ta and his tribemate Mockingbird traveling in the wagon of a student of another small local tribe known as the Owl Princess. She mused that her and Kaska-Ta had similar hair color and they got along well early on. One of the wheels broke along the way, but Kaska-Ta and Mockingbird were both skilled at such repairs and before long they were traveling again having bonded some through the small circumstance. They made the ceremony right on time and all was well.

Once at the palace, the Gull General disappeared to the tower, and so too did the Owl Princess.   During this time, the Mockingbird, who had long been adopted as a second son of the Gull General warned his tribe mate Kaska-Ta that the reason the Gull General had pulled the Owl Princess away was because she had long since been “one of his girls”. Kaska-Ta replied that she had told him she was without a dedicated mate, and was somewhat surprised because the Gull General had recently impregnated one of the southern tribe women, though it was not established they were dedicated mates either. “It matters not… you know this.” The Mockingbird replied. Yes, Kaska-Ta was familiar with the culture, even if he didn’t agree with or follow it.

Later, after the festivities had died down, the Owl Princess approached Kaska-Ta, who had been distant and asked him why. Irritated at her deception, he asked her why she had not told him of the Gull General, but she did not answer and instead became defensive, denied her involvement and moved away again. However, when the witching hour had passed, he once again approached her to say goodbye as she intended to return to her home and kingdom. At her request, Kaska-Ta agreed to escort her to her carriage. When they arrived at her transport, away from the ears of the palace, she asked him to stay with her a short time so she could speak with him. Kaska-Ta agreed and for some time they spoke of her family and then her involvement with the Gull General. She was sad, and said that he confused her by sometimes treating her as a princess, and then other times ignoring or even berating her. She knew that he paid attention to other women, but sometimes when he was with her, he would be so tender that she felt he truly cared. Kaska-Ta was irritated by this as he had heard such things many times before.   But he listened patiently, trying to cheer her up and convince her  that the fault was not hers. Unfortunately, during this dialog disaster struck…