I think I mentioned before that show season is a very busy time of year.  As such it’s been ten days since my last post.  The majority of that time has been spent working very long hours in Atlanta and then Athens, Georgia.   The upside is the paycheck that will come from it.  The downside is the near total lack of social or any other sort of life outside of work.  It’s a season, only a few weeks out of the year, after which it becomes easier to balance living with working.  In the meantime though, it can take it’s toll and sometimes in unexpected ways. 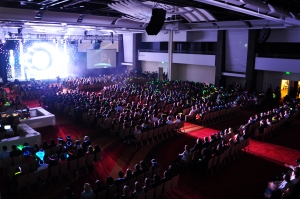 Communication has evolved a lot over the last few decades and it makes staying in touch when long distances away much easier than previous generations.  However, with that evolution has come what I like to refer to as “connection maintenance”.  Essentially it’s that infrequent check-in that says “Hey!  I still think of you sometimes so we’re still connected and should hang out.”  Over the years I’ve used it to maintain a number of connections of varying nature with a fair amount of success.  No casual relationship (essentially, any non-committed relationship) should be forced into communication requirements.  But there’s a flip-side to that too.  What happens when all your communication becomes maintenance?

Over years people grow apart.  Interests change, situations change, people change.  Because of that, relationships of all sorts require work, or maintenance to keep from breaking down.  But like anything, as time continues to wear on those connections, a little more than just maintenance becomes necessary.  The problem with solely maintaining a relationship is that over time the personal touch dissolves.  Sure you text regularly or exchange dirty snapchats, but all the while personal familiarity is diminishing.  Technology cannot imitate all the subtle, subconscious messages that pass between people and it cannot reinforce the personal connection that develops when you spend time with somebody.  It can slow the process if used properly, but ultimately the only way to keep such a connection going strong is to actually connect – in person.   There is no better way to communicate, and no better way to relate to another person.  And though this most certainly applies in terms of physical relationships, I also speak of friendships that can be forged and reinforced through hours spent talking over coffee, wine, great food or netflix binging. 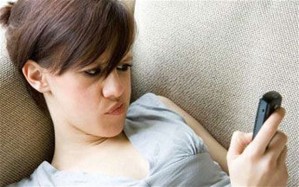 What’s more dangerous is when maintenance turns to placation.  Over time, as connections diminish it’s very easy to fall into a mentality where you simply humor or do what you feel you need to in order to appease your relationship with somebody.  You don’t really care, but instead of talking about it, you respond out of some outdated feeling of obligation to whatever you were before.  But it doesn’t work like that.  Almost everyone knows when they get to that level.  When a connection who once really cared obviously no longer does, physical visits basically disappear (as do the attempts to plan them) and their messages become robotic, thoughtless and eventually non-existent.  As the connection continues to erode, you never hear from them unless you instigate communication and even then your attempts often go ignored.   Attempts to connect personally are thoughtlessly and ambiguously agreed to, but plans are never made and if group plans are made, they probably won’t show for you.  We’ve all been there, I’ve seen it happen cycle after cycle and have always accepted it as another finite example of life. 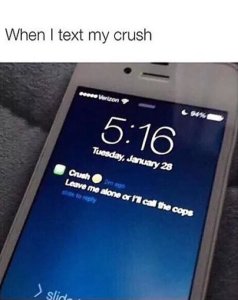 There has to BE a relationship first…

But this time something is bothering me.  Before, I was a bad guy and frankly when you’re the villain, you lose people.  It’s a selfish and self-destructive path that naturally pushes people away.  Lies and betrayal can utterly destroy some of the strongest connections, and even those that remain are changed forever.  But this last time, I was alright.  I certainly haven’t been the most moral person in the world and I never will be, but I feel like for the most part I did good by the people I called my friends and connected with.  So then, when
those connections began to diminish and my attempts to maintain them were ignored, I developed a major dislike for this situation.  For the first time in as long as I can remember, I began to take being ignored personally.  Further, even those who didn’t ignore me were simply placating me out of some long-passed loyalty or connection they once felt.  I realized I really hated being ignored or placated.  Not necessarily because those connections were fading, but because some of those I was once connected with didn’t have the heart or personal strength to talk to me about it and admit it.  It’s frustrating when people that you used to feel important to act as if you’re no longer important enough to even discuss the state of your connection with you.  They’d rather mindlessly respond or simply ignore me and get on with their lives. It feels weak to me… and I don’t like weakness (especially my own!)

Eventually I realized that being sensitive about it only made it worse and came to terms with it, but it’s a sad thing to simply watch connections you might like to keep diminish.  In some cases it seems it’s meant to be and that’s not to say that some won’t return stronger one day.  But I submit to you that it’s a good idea to pay attention to the connections you have now in whatever form and decide which ones you want to do a little more than maintain.  Some relationships are worth keeping, nurturing and investing in so that they remain through the cycles and grow stronger.  Even after we leave this world, some of those connections remain in the form of memories and legacies they create.  Sometimes, with a little more than just maintenance, relationships really can last forever.