It’s been a year now since I posted my first blog here and it’s been rocky to say the least. The pledge to write regularly is a commitment and if you intend to keep readers it’s one you should endeavor to keep. However, as with the best of us, life gets in the way. To be honest this year has been one of the most difficult I’ve had in many years both personally and professionally. Despite that, I’ve done my best to continue contributing, and though there have been some major gaps, I am, at least, happy with the content if not the consistency.

When I originally began posting here, I had reached a major milestone in my professional life. Joking that I had become a “certifiable yuppie” I’d recently started a job that put me firmly in the “middle-class”. I purchased a newer model Prius and carried the latest iPhone, wore button-ups daily and often interacted with those that would be considered Orlando’s executive elite. At that point I had enough disposable income to pay all my bills without thinking or worrying about it, eat out often, buy small things that caught my eye on a whim and set a bit aside for whatever other goals I had. 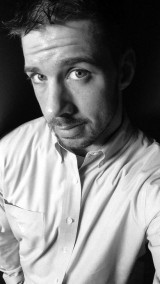 So I wanted to write. I wanted to share with you how I see things and what I experienced on this tier of existence. As I mentioned and built into the website, I tend a bit toward the hedonist, especially as far as people and food go, and I expected that my lifestyle at that level would lead to some interesting stories. It did, and some of what I wrote about was well responded to. One of the first things I learned is that you’re all a bunch of dirty perverts (and that’s awesome.) Anytime I wrote about sex, my viewers spiked, especially when I was a little edgy about it. Women were also a popular topic and I got a lot of comments (both public and private) regarding my feminist views that I really consider to be a no-brainer.

After I got my stride I decided to mix things up a bit, I told a personal historical story using a semi-fantasy setting to keep things relatively anonymous. I enjoyed this and decided to continue it using the same medium to parallel my life as it happens now. Obviously in many cases I will simply write about things as they are, but I find this medium interesting because it gives me freedom to present the dilemmas in my head without bogging you down with needless explanations or being forced to keep certain details out (names, places.)   I’ve been feeling the itch to write some fiction lately, and will probably introduce a parallel blog in which I will write fictional short stories that may add up to a larger one. But first, I need to be sure I’m consistent here, and I’m sure you know that’s already been an issue.

Speaking of consistency, my biggest hit to that was around March of this year when my life took a major and unexpected turn. Within a matter of weeks, my routine as I knew it was thrown into to chaos, and from there a long, slow descent began that I have only recently began to rise from. As I scrambled to reestablish some kind of routine, I spent over a month away from my blog trying to figure out what my next step was. At first, the freedom I gained was indeed liberating, but as the cost of said freedom began to show itself I realized that reality was coming at me full speed. Even with that realization though, I had no idea exactly how far I would fall. 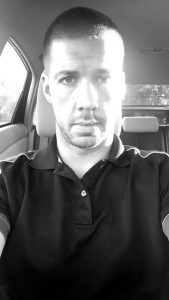 This descent produced a few notable and lasting positives: New people, stronger connections with some existing friends and new perspectives on old experiences.. Ramadan was an entirely new experience due to my now flexible schedule, and my discovering Uber to stay afloat has provided me with a number of new connections and some fantastic stories (along with a very useful tool for extra income.) The depth of my support structure among my friends here in Orlando was/is severely tested and though some areas were far weaker than expected, others (some expected and some not…) have come through (and frankly saved my ass.)

To be honest, thus far (and omitting above positives), 2015 has been more or less shit. But the struggle has forced me to look at a lot of things, including my path, ask new questions and find new answers. It has been said that necessity is the mother of invention and that’s certainly been the case for me. As for what’s next, I’ve got a couple of posts in my head already, but as 2015 sails into it’s last quarter there’s a decent chance my course will be set and much of that will be worth talking about. If it doesn’t something else will have to give and it may not be pretty. Though I believe the worst is past, I’m not out of the storm yet and if I don’t find my way out, or come across better shelter I run the risk of ending up somewhere considerably darker. But those are stories to come, and some of which will be told through the journey of Kaska-Ta.

In the meantime though, I want to again say think you. While writing this past year I’ve seen some ridiculous traffic come through my site, had my posts shared and debated and gotten some really great comments and feedback from people that otherwise wouldn’t know anything about me. To me, that alone makes the time I spend writing worth it. In the beginning I said I wanted to make you think and every time you like, share and respond, I know that whether you agree or not, I did. So… thank you for reading, writing, responding and thinking! Hopefully this year was just the beginning.

-Jordan in the Grey Area

So I’m still relatively new to this blogging thing, and I do it as much for myself as I do anyone else.  I think I do okay as far as consistency and even content (though I run much longer than many…)  What I don’t do, however, is network much in the blogging world.  It’s mostly a time issue, I do actually go and check out some of your blogs when you follow / favorite me, but I have yet to really spend time diving in.  It’s all about instant gratification I suppose.  I’ll work on that.

In the meantime though, I want to say thank you, and that I’m grateful that you’re willing to take your time to read what I put down here.  Hopefully somehow you take something from it.  What I lack in external interactivity I will make up for through my interactions here.  I’ll happily answer comments or questions, and if you have something specific you’d like me to write about, comment on one of my posts or send me a tweet @JordanCascata and I’ll do my best to give you something worth reading.

I think that gratitude is extremely important for somebody as selfish as I am.  When you are grateful for what you receive, you naturally get more of it.  Gratitude has the dual purpose of both reinforcing positive bonds and making you feel good about yourself.  There’s no downside.

So thank you, for both reading what I write, and being patient when real life becomes exhausting and I don’t have time or energy to write a proper post.  I promise you minimum one a week on average, but it has been and should continue to be much more often then that.  Now though, I’ve been awake over eighteen hours straight on four and a half hours sleep and I have an awards party to run tomorrow for my company.  I should be back with something substantial on Sunday.

~ Jordan in the Grey Area